7 Reasons to Buy a House in Charlotte, NC

Founded in 1768, Charlotte became a city while King George III controlled the European colonies. Queen Charlotte was the King’s wife. Ever since Charlotte has been dubbed the “Queen City.”

If you are looking for a booming economy, a lower cost of living, and amenities that rival bigger cities, consider taking a peek at Charlotte, NC. The Queen City is the largest city in North Carolina and it ranks as one of the hottest real estate markets in the country.

7 Reasons to Buy in Charlotte, NC

Charlotte is expected to grow by a whopping 50 percent in the next 30 years. The population has increased by over 5 percent per year since the early 1990s until 2019 when it slowed down a bit. The city is attracting over 100 new residents every day.

Who’s moving into the Queen City?

As the population boom continues, the area is becoming more ethnically diverse. The largest groups represented in the emigrant population include multiracial and Asian.

Besides ethnic diversity, Charlotte is attracting younger, more educated, and wealthier residents to the city.

The largest majority of the newbies to the Queen City arrive from New York City.

Do you ever feel that there’s more days in month than dollars in your account? You are not alone.

One of the biggest reasons people come to Charlotte is to get more bang for their buck.  The median price of a single-family home sold in Charlotte is $355,000. Just so you can understand what you get for this price, the home is between 1500-2000 sq feet for this price and is usually 3 bedrooms and 1-2 bathrooms.

Besides having more space inside the home, many of these properties have exterior space as well. Since many of the neighborhoods in Charlotte were built in the last 30 years, .25-acre lots are very commonplace. Great for the four-legged friends and the kids.

In the first quarter of 2022, the Charlotte Region announced the largest number of new jobs. Besides bringing new jobs, companies are also investing over $2 billion into the Charlotte economy.

Here are some statistics about the Charlotte economy:

4.    Best Places to Live in Charlotte

Whether you are looking to drink sweet tea by the lake or enjoy a microbrew in the bustling Noda or South End, Charlotte has places for everyone.

Here are the top seven places to live in Charlotte:

Dilworth is one of the oldest neighborhoods dating back to the late 1800s. This area is located close to uptown and is walkable to nearby restaurants, parks, and local-owned shops. With historic bungalows and all the nearby amenities, it’s a hot real estate market.

Average home prices in Dilworth are over $510,000, 33% higher than the Charlotte average.

Considered by many as a city of its own, Ballantyne is an upscale, family-friendly community. With lots of corporate business parks, recreational facilities, and leisure activities many residents live, work and play here. The neighborhood has its own country club and PGA-ranked golf course to lure people to the area.

Although many cities may refer to this district as downtown, Uptown is the area generally populated by the up and coming young professionals. Nestled in the heart of the city, Uptown has lots of bars, restaurants, businesses, and four wards. The area’s housing includes high-rise condos, apartment buildings, and renovated Victorian homes dispersed throughout the four wards.

Boasting a mix of high-end and affordable options, the average house price in Uptown is $317,600.

With one of the lowest crime rates in Charlotte, South Park is probably the safest neighborhood. In the heart of this area is South Park Mall, the largest mall in North Carolina. Catering to the affluent, this mall houses stores such as Nordstrom, Louis Vuitton, and Neiman Marcus. If you want urban meets the suburbia in a family-friendly, upscale neighborhood, South Park is the place to be.

To buy a home with a larger lot and a mall nearby, the median priced house in South Park is $519,000.

Touted as the best community for young single adults and a gay-friendly community, NoDa (North Davidson) is the hipster mecca of Charlotte. Considered the artsy hub of Charlotte, the community adorns murals, music venues, and art galleries. The streets house lots of small businesses including microbreweries and the area is committed to environmentally-friendly living. As a walkable community, it also has easy access to the city’s light rail line.

Located just east of the center city, Plaza Midwood is the home of Central Piedmont Community College, several funky consignment shops, local restaurants, microbreweries, and historic homes. It’s a walkable neighborhood full of locally-sourced boutiques, coffee shops, and green space for the kids. In fact, Veterans Memorial Park has 19 acres of green space which is home to tennis courts, playgrounds (including a splash pad), trails, and more. This neighborhood is great for working professionals and families alike.

The median home price in this walkable neighborhood is $278,000.

Want to live in historic Charlotte? Myers Park, established in 1911, was developed as a planned master community. A combination of Colonial Revival and Tudor Revival homes and mature-tree-lined streets, this neighborhood is one of the most beautiful, most sought-after areas in Charlotte. Catering to established professionals and families the neighborhood includes Freedom Park. This 98-acre green space contains playgrounds, walking trails, tennis courts, an amphitheater, and the Charlotte Nature Museum. Although Myers Park is almost completely residential, there are a few clothing boutiques and upscale restaurants sprinkled in.

As the most affluent neighborhood in Charlotte, the median home price is $488,600.

Not only does Charlotte have four seasons and a relatively temperate climate, it is also an easy day’s drive to both the beach and the mountains.

If you want to drive an hour or so to hike in the mountains you can head to Crowders Mountain (1750 ft). This day trip is 25 miles from the city center.

Just three to four hours up the road is the Smoky Mountains, a range located in the Appalachian Mountains.

Here are five must-visit places in the North Carolina mountains:

Boone – you will find Grandfather Mountain, snow skiing, fishing and tubing down the river

If you enjoy sticking your toes in the sand, the Carolinas does not disappoint. With more than 40 distinct beaches expanding over 500 miles of coastline there’s lots of sand to explore. While you are on the beach you may see sea turtles, alligators, or bald eagles in the area.

Here are nine must-visit beaches in the Carolinas:

Charlotte has plenty of things to do and see. It is also the home to many sports teams and theatre groups.

Charlotte’s theatre scene is thriving. The city has ten theatre companies and seven theatres where shows from Broadway to community theatre are performed.

Since Charlotte is such a melting pot of emigrants, the food scene has developed into a wide variety of food from across the nation and the world.

As the population of Charlotte newcomers becomes younger, higher-educated professionals they demand more diverse food choices. Moving away from its banking roots, Charlotte is attracting visitors to eat, drink and be merry.

In fact, as many cities floundered during the pandemic, Charlotte maintained as the fastest growing city in the U.S. Just a few years old, Optimist Hall near the center city provides space for 30 vendors, mostly bars and restaurants. Competing with major food hubs like Atlanta, Asheville, and Charleston isn’t easy, but Charlotte has attracted top chefs from many major metropolitans.

Here are 7 Charlotte restaurants to try:

If you are done shoveling snow and you want to spend your days basking in the sun, Charlotte is a great place to move. If you decide that Charlotte is for you, contact a real estate agent to help you find the perfect home.

Y’all come down to visit. You just might decide to stay.

Take the next step

Find a top real estate agent in your area to help you buy or sell a home faster and for more money.

FastExpert is a real estate agent directory that ranks agents by location according to client ratings and past home sales history. Our goal is to give you all the information you need to choose the right real estate agent for your needs. Users can search by specific traits that are important to them as well as see specific addresses of homes agents have sold in the past. Let FastExpert help you find an agent! View all posts by Real Estate Experts 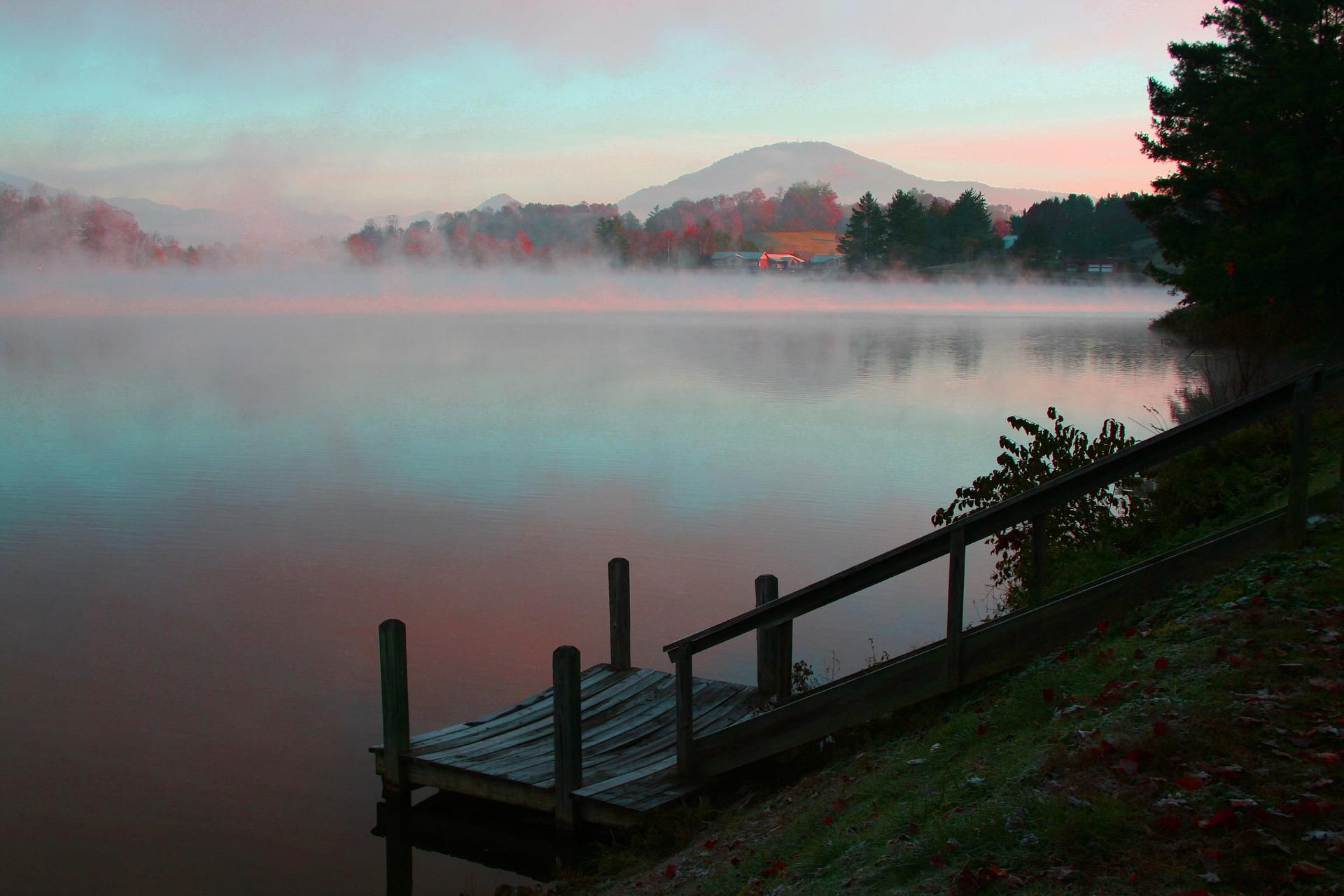 What is the Average Real Estate Commission in North Carolina?

Selling a home in North Carolina usually comes with a real estate commission of 5.5%. This is the average… read more 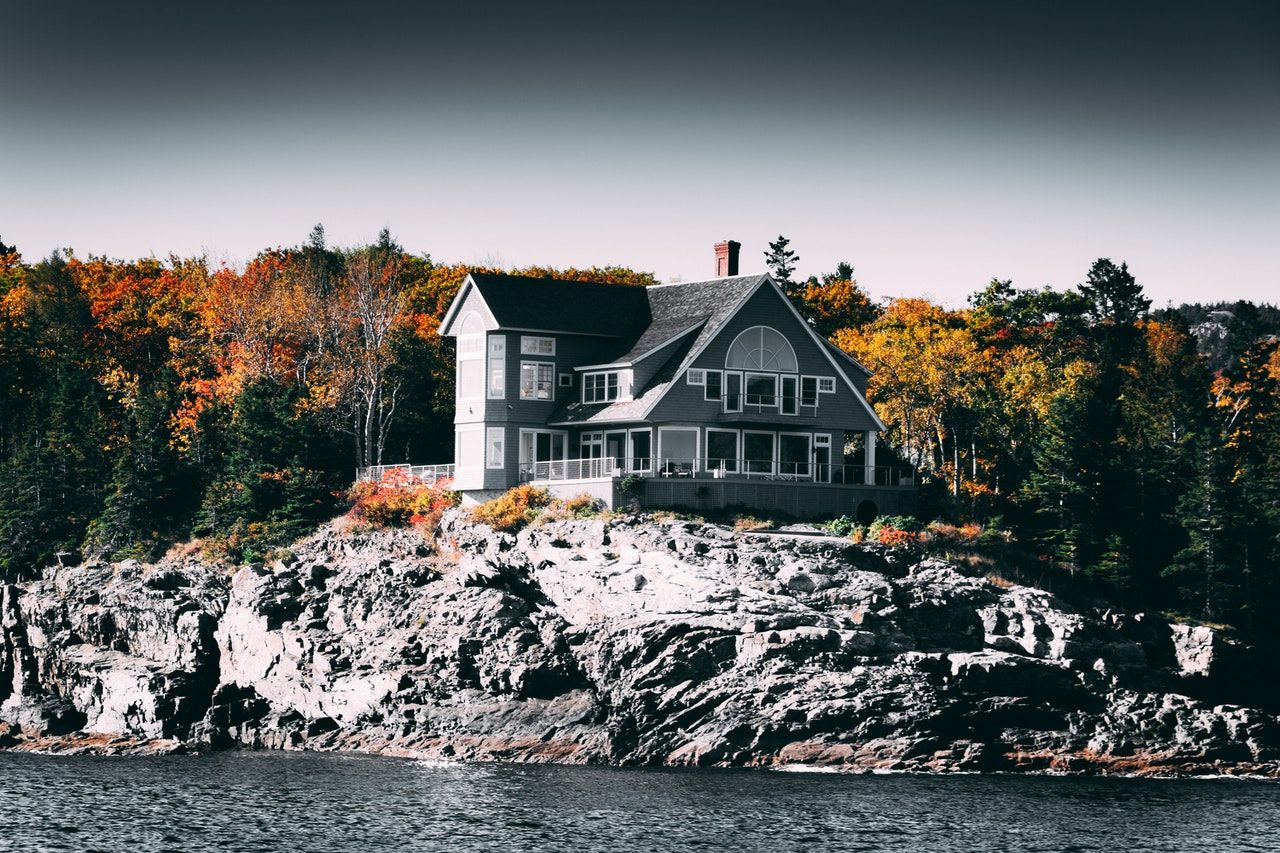 What is the Average Real Estate Commission in New York?

The average commission in New York is 6%, which is above the national average, but still the most co… read more 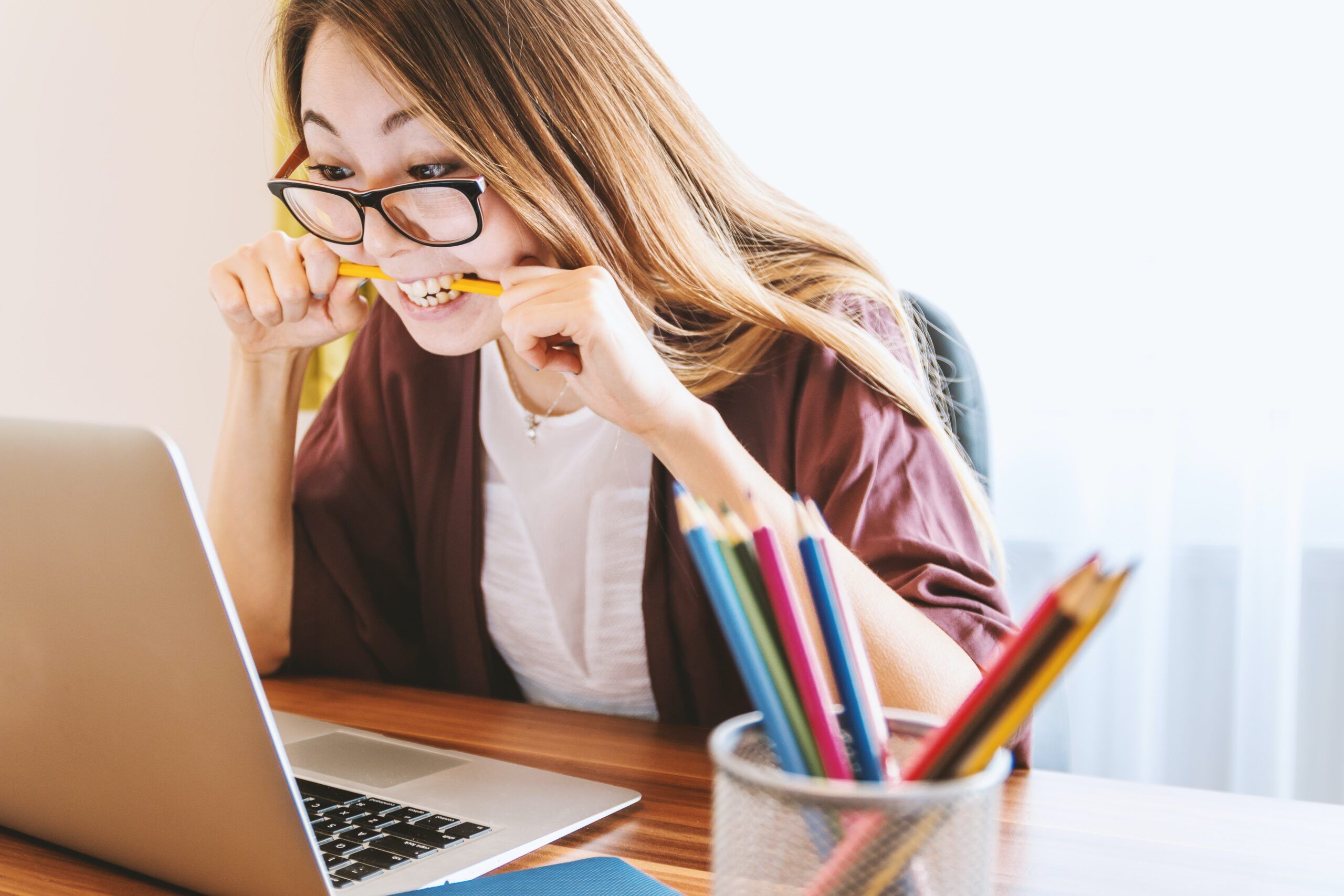 What’s the Difference Between Pre-Qualified, Pre-Approved, and Approved?

If you’re in the process of buying a home, you may have heard a lot of new words thrown around. There a… read more 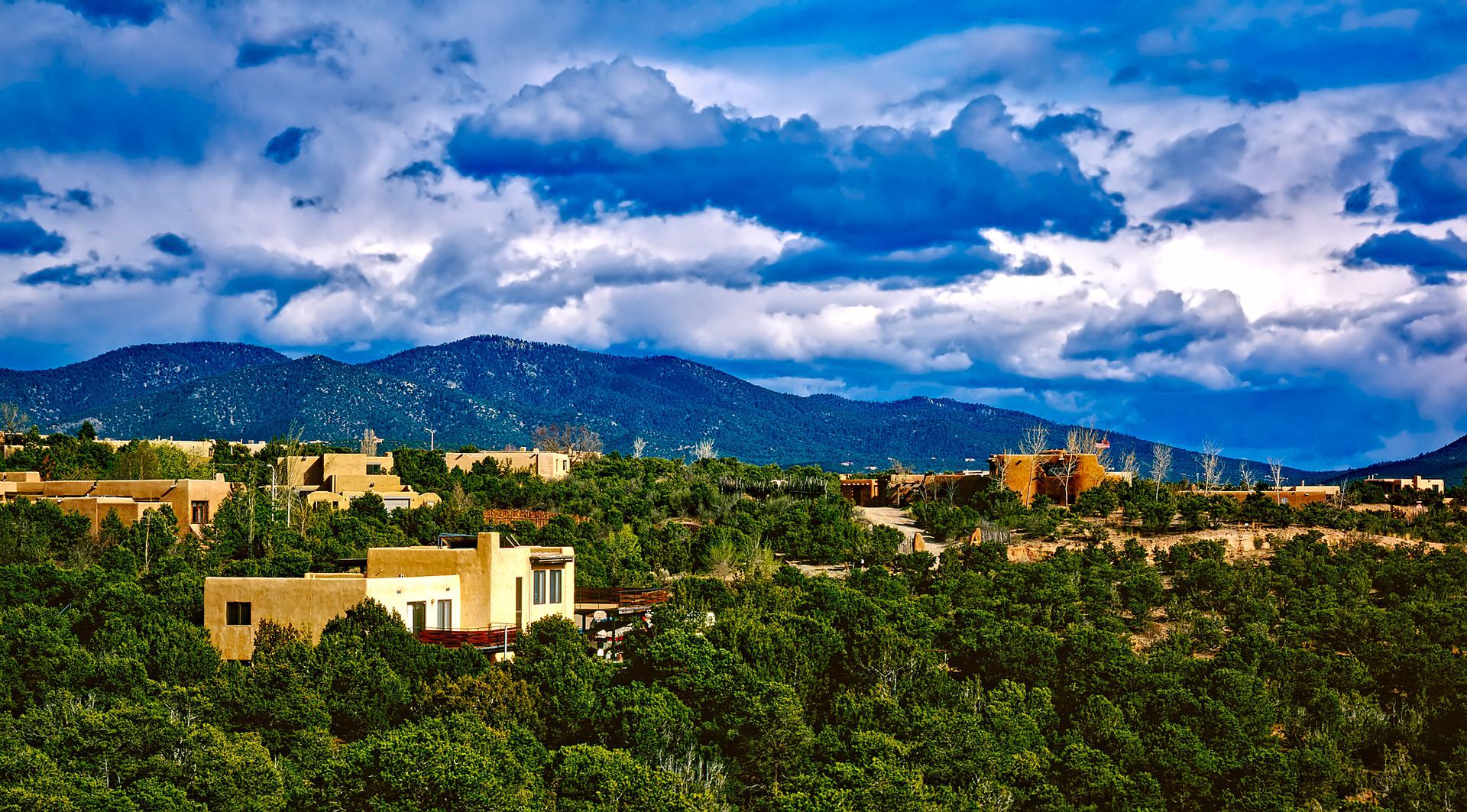 What is the Average Commission in New Mexico?

Selling a home in New Mexico comes with a lot of important decisions, one of which is planning for closin… read more